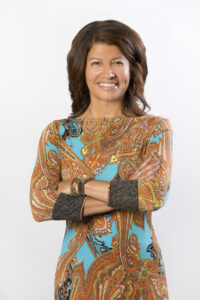 Daphne knows the power of media attention and what it can do for a brand, personality, company and organization. She began her career in Chicago working on tech industry clients before moving to Los Angeles to focus on the Hollywood entertainment industry. There she landed on the red carpet at the SAG Awards (literally) while working as an intern at a celebrity PR agency. What started as a three month opportunity turned into a fourteen year dream job that is still going strong.

Daphne has an extensive amount of PR experience in the areas of sports, lifestyle, fashion, events and non-profits while also working with some of Hollywood’s top personalities, filmmakers and movies.

She’s worked at Los Angeles agencies Patricola/Lust PR, PMK and Much & House PR in addition to film studio New Line Cinema. Daphne was a member of the publicity team for the movie The Lord of the Rings: The Return of the King that swept the 2003 Academy Awards.

In 2007 Daphne decided to pursue a freelance career enabling her to work alongside former colleagues in the industry by teaming up on accounts. Eventually, this led to new business in other cities and Chicago became a frequent visit. She set up shop as prAlliance and has been working both cities successfully for seven years. Now, she’s recently rebranded to STATEMENT.

A big believer in giving back, Daphne encourages clients to do so as well. Whether it’s seeking out an organization for them to align with or attending fundraisers and charity events, she is always looking for ways to make a difference. Currently, she is working with government officials in Chicago to ban the horse carriage industry in the city. In addition, she is helping a marine mammal scientist put a stop to whales and dolphins in captivity. She is also lending her expertise to Wildlife SOS and BraveHearts Therapeutic Riding & Educational Center.

Daphne an active member of Step Up Women’s Network which propels girls from under-resourced communities to fulfill their potential by empowering them to become confident, college-bound, and career-ready. She is also a member of The Junior League of Chicago and sits on the board for Heshima Kenya, a nonprofit organization that protects and empowers unaccompanied refugee girls, young women, and their children in Nairobi, Kenya. Daphne volunteers regularly at the PAWS Chicago animal shelter. She was a part of the Big Brothers, Big Sisters program of Greater Los Angeles where she mentored a “little” for three years and continues their relationship to this day.